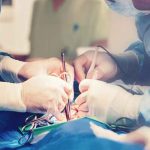 A conventional open-heart surgery, involving a long stay at the hospital and a longer recovery time, is the usual procedure to replace a non-functional valve.

But under a new minimally invasive method, in which a catheter is inserted through a very small opening in the leg, the hospital stay is much shorter and the recovery time quicker.

Doctors at a city hospital on Wednesday explained some innovations in cardiology. Here’s a lowdown on some of them.

On most occasions, replacement of a dysfunctional valve requires an open-heart procedure, in which the chest is surgically cut open to implant a new valve.

“But under a new method, all it takes to implant a new valve is inserting a catheter through a small opening in the groin. As a result, the patient’s hospital stay is much shorter,” said Anjan Siotia, interventional cardiologist at the BM Birla Heart Research Centre.

The new method is called transcatheter aortic valve implantation (TAVI). A woman underwent a TAVI surgery at the hospital during the lockdown and was doing fine, the doctor said.

A leadless mini pacemaker, roughly one-tenth the size of a usual pacemaker, was flaunted at the programme.

A conventional pacemaker, that signals the heart to beat when the heartbeat is irregular, comprises a pulse generator, one or more leads and an electrode on each lead. The lead is an insulated wire connecting the generator and the heart’s chambers.

“Some of the complications associated with conventional pacemakers with lead are infections, hematoma and lead fracture. The leadless pacemakers do not have these complications. The mini pacemaker is implanted through a small hole in the femoral artery (groin), similar to an angioplasty. There is no need for a surgical incision in the chest. The surgery is a quicker process. The mini pacemaker lasts around 10-12 years, similar to a conventional pacemaker,” said Anil Mishra, interventional cardiologist at the Alipore hospital.

Bluetooth-enabled pacemakers were also being used on cardiac patients, especially those who cannot visit the hospital regularly, doctors said.

“The device can be connected to the patient’s phone. All the data can be accessed by a central server. A patient living at Alipore can visit us anytime he wants but the same is not true for patients living far away,” said Siotia.

The new innovations are mostly dependent on imported devices and the surgeries are costlier than conventional procedures.

“Implanting a mini pacemaker could cost two times the surgery to implant a conventional pacemaker,” said an official of the hospital.